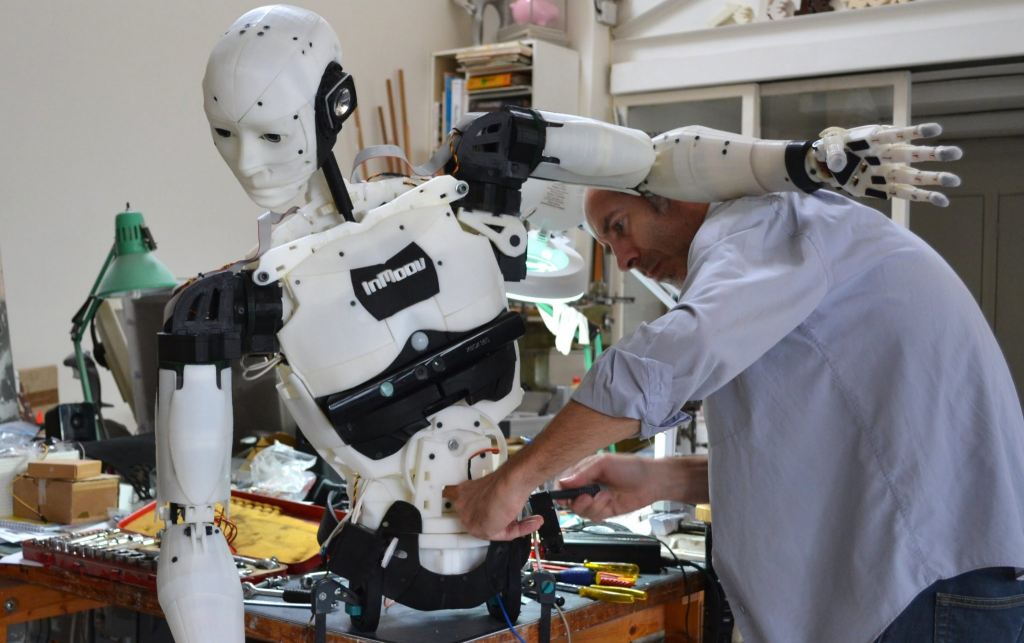 DTW goes digital: “in this special period of time, there is every reason for a special DTW”

There were two main reasons for the cooperating partners’ decision, at the end of March, not to organize a ‘normal’ DTW in 2020, says De Wit. “Of course, we couldn’t look that far ahead at that time, but we did foresee problems with large groups of visitors. In addition, we wondered how much you would like to have a party if you’ve just had a really hard time. So even if all the corona problems had been solved, that DTW wouldn’t have been a good idea.”

ALTERNATIVE EDITION
But the importance of technology for our society, the central idea behind Dutch Technology Week for eight years now, is perhaps more topical than ever. And so the puzzle for an alternative edition immediately began. “It just felt really crazy to skip DTW all the way. After all those years of hard work on that main brand with all its sub-brands and partners, we just had to keep the fire burning”.

Monique de Wit, her colleague Annemieke Hoefakker and their team were aware from the very beginning that the online version would be different from the physical one. “A big difference with normal is that we are now entirely responsible for the content. Normally this is up to the event organizers: we offer an open calendar, with plenty of opportunities for the partners and organizers, in order to make that volcano of technology visible. We don’t have that this year. It’s not a normal DTW but we are on the radar in a different way. We want to remain visible to all target groups, because the promotion of technology remains important, especially now. Even now, initiatives are emerging in which technology, innovation, and cooperation play a key role. Take a look at how we learned to meet via Zoom, Microsoft Teams, or Google Meet, but also at Demcon and VDL, who together with ASML and Philips were able to start up a new line of ventilation equipment for Corona patients. We remain relevant as a region. And technology remains an important resource for which we can always use new students”.

The organizers deliberately chose to have the online version take place in the original DTW week. “That fits in with the Brainport rhythm, with us in the spring and events like Dutch Design Week and GLOW in the autumn. Moving the DTW to, for example, October would have been unwise for that reason alone”. Part of the contribution from the Regional Fund can now be used for the online event. “Of course, our more limited objectives also fit in with our more limited financial resources.”

PODCASTS AND QUIZ NIGHT XL
So not a full DTW, but what is there to experience during the digital Dutch Technology Week? Part of the program still has to remain a surprise, says Monique de Wit, but it is already clear that some of the well-known successes of previous years will get a place next to some innovative parts. “To start with the latter: we are very much looking forward to the two podcasts that we have planned. One of them consists of an interview with ASML board member Frits van Hout, one of the important supporters of the event. We will publish the podcast at the time that the official opening of the week was actually planned, on Monday 8 June. That way, we can still do a formal kick-off. The other podcast is a conversation with Gerard Zwartkruis (Rabobank Eindhoven) and Paul van Nunen (Brainport Development) and focuses on the importance of the emergency fund created for tech-startups within Brainport. We hear from the people behind this fund what its importance is and how the region can make use of it.”

Two ‘old acquaintances’ are back on Tuesday and Thursday: Night of the Nerds and Quiz Night XL. But both in an adapted form, says De Wit: “On Tuesday from 8:30 AM there are workshops, tech talks and professional talks, especially for secondary schools. For example, there are workshops on music, programming, and game making. There is also a ‘precious plastic game’, made by Fontys, about how to handle plastic responsibly”. The English Quiz Night XL, normally sold out within a few days and always good for a Klokgebouw with more than 1,200 tech fanatics, has also been given a new look. “No matter how different it will be, this will undoubtedly be another great experience. We are definitely going to attract a worldwide audience for this. Julinka van Keulen will do the presentation again and Number 42 will be responsible for the set-up and the questions as usual. I’m really looking forward to this, and I’m sure it will be the same for all participants!”

Many of the other events will be postponed to the 2021 edition (31 May – 5 June 2021). “What the event exactly will look like then? We will determine that in the course of the year. But that it will also be a volcanic eruption of technology, everyone can count on that.”