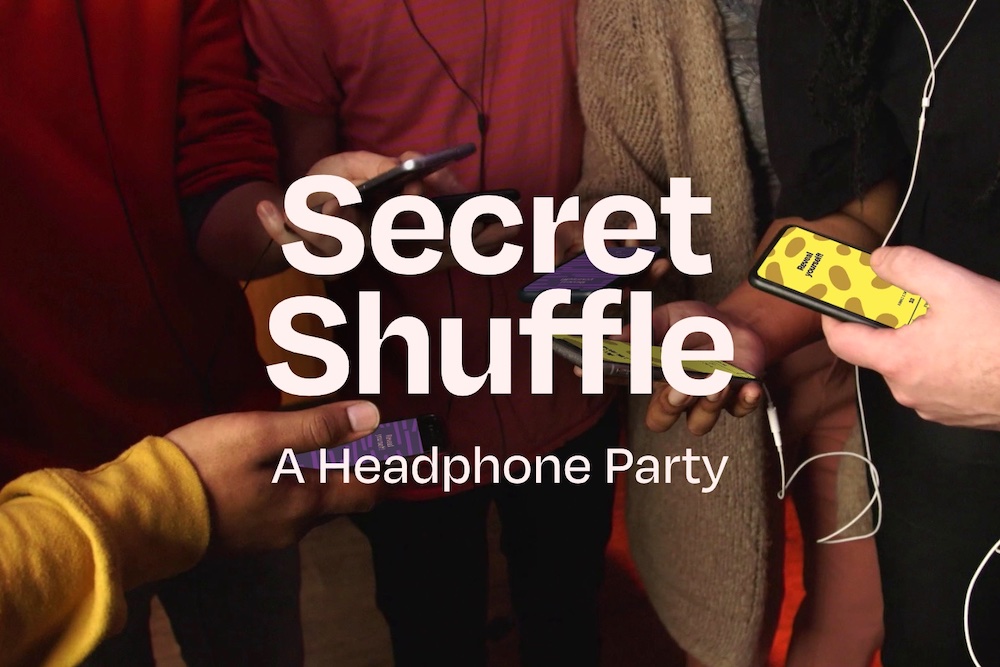 Secret Shuffle is a party game with headphones. Each player plays with their own phone. Through headphones they hear music and while dancing they have to find the other player(s) who are dancing to the same song. The game can be played with 5 to 60 players. The game has several game modes, including Pairs, Groups, Split and Fakers. In Pairs, two players who hear the same song have to find each other. In Split, half of the players get the same number with the aim that players who hear the same song get together. In Fakers, everyone hears the same song, except a few players; they don’t hear anything at all, but still have to dance to avoid being discovered.