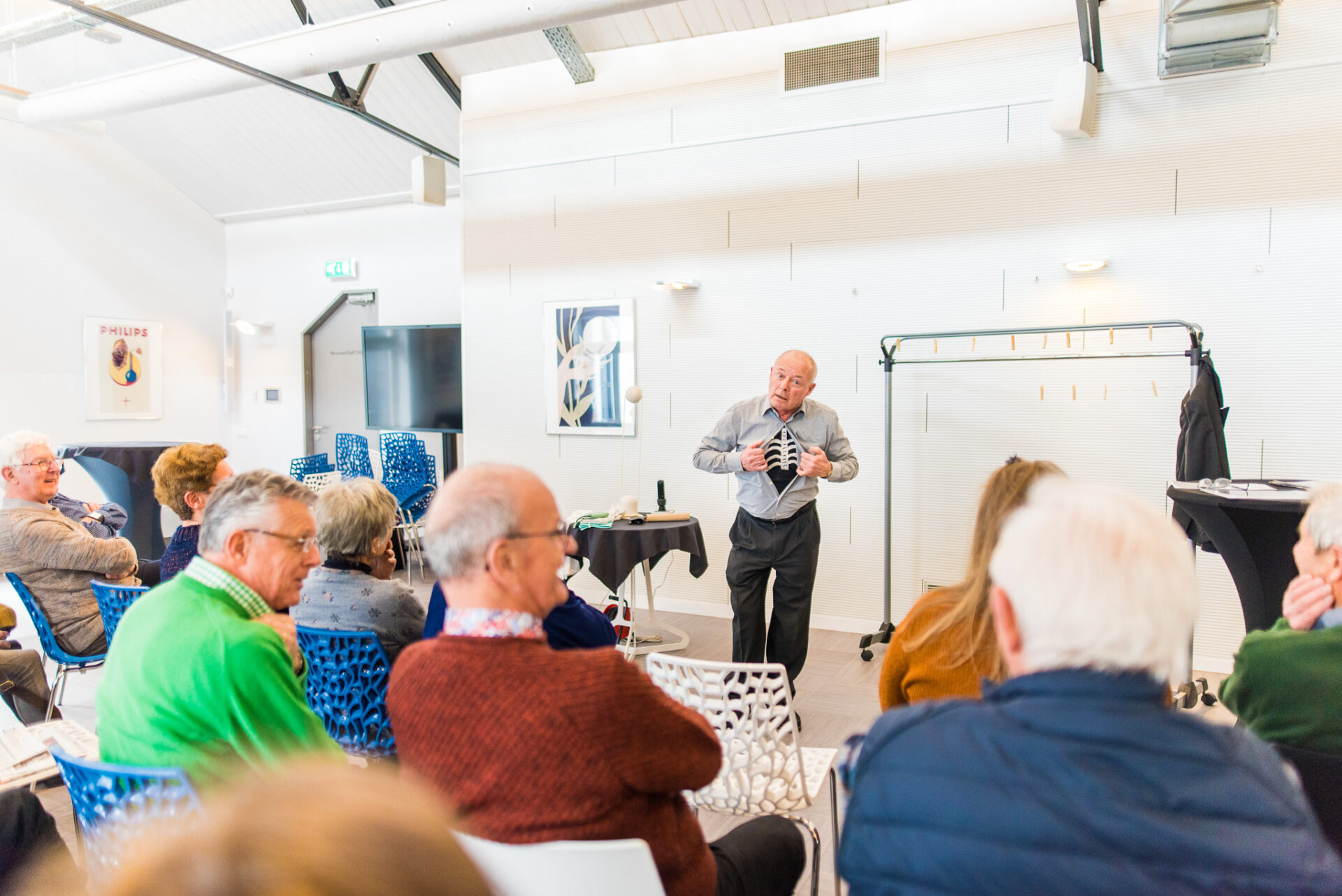 Is the history of technology boring?

‘No. It took a while, but even the Dutch see it as part of their culture now’

The Philips Museum is premiering a series of mini lectures on the history of technology during the Dutch Technology Week 2021.

Olga Coolen, director of the Philips Museum in The Netherlands, speaks passionately about the importance of the history of engineering and technology. Whereas other countries have long embraced this history as an essential part of their culture, the Netherlands also seems to be ‘converted’ now. Countries such as Germany, America, France and Great Britain have traditionally felt much more connected to their history of technology. “They also draw part of their identity from it,” says Coolen.

Turning point
The Netherlands has been lagging behind in this respect for quite a long time. And yet the first half of the 20th century is also known as the Second Golden Age. In the first two decades, several Nobel Prizes were won by Dutch scientists. What’s more, a lot of technical innovations took place back then. Coolen says: “You also see that translated into large companies. For example, Philips was the largest industrial employer in the Netherlands in the 20th century. Likewise, Shell, DSM, the Koninklijke Hoogovens steel company, and Unilever all emerged in the 20th century.”

In the 1980s, historians became aware that engineering played a major role in the passage of history. “Engineering students are now given some engineering history as standard. Although that now usually falls under the umbrella of transition studies. After all, history is about transition, it’s about change.”

Mini lectures
In order to make this history accessible and informative for everyone, the Philips Museum has recorded several mini lectures.These will be premiered during the Dutch Technology Week.

“The mini lectures cover various technological   developments. We have chosen a number of subjects in which Philips has played an important role”, Coolen says. The lectures from the DWDD University were a source of inspiration: “We wanted to make accessible narratives based on sections of the history of technology. And we’ve managed to do that.”

One lecture will be posted online each weekday evening during the DTW. There will be five subjects: from analogue to digital, the birth of radio technology, the fascination for innovation, from radio lamp to LED, and the development of x-rays. The lectures will last thirty to forty minutes each, and a different expert will speak on each subject. These are five museum lecturers with expertise on the subjects. They show a variety of everyday objects to accompany the stories, to explain it all in a simple but also interesting way.”

Amazement
The low-threshold explanations ensure that the lectures are easy to follow by both professionals and people who are not yet so ‘tech-savvy’. “It is precisely because technology has undergone such an enormous leap forward that, for many people, it has become intangible and abstract,” says Coolen. “This complexity can cause them to feel disengaged and alienated from technology. As a result, they sometimes find it intimidating or they close themselves off from it. Education is imperative in order to avoid this alienation. That way, more engagement is created. We think it is very important that people are at least amazed by technology.”

Connections and correlations
Coolen cites the radio as an example. “When the radio was introduced, people were connected to each other for the first time. Suddenly you could hear in Indonesia what the Queen in the Netherlands had to say. The amazement that people experienced in those days is something that we all recognize. The technology of radio is also fairly easy to explain. You could say that the radio connection of the past is the wifi connection of today. Through this kind of comparison, you make it all so much more tangible and understandable.”

Yet there is not merely a lot to learn for those people who don’t know much about technology. After the preview of the lectures, professionals also turned out to be filled with amazement. “That was really an eye-opener for me”, says Coolen. “Several tech professionals commented that they had all heard new things. It gave them a kind of helicopter view, more insight into the correlations within technology.”

That correlation perhaps underlines the importance of knowing about engineering history more than anything else. Coolen explains: “Almost everything we do and everything around us has come from technology. Just consider communication, transportation, water management or food and drink. Everything has its origin in technology somewhere. It makes our lives easier and more efficient and we use it to solve problems.”

Context analysis
Even today, there are plenty of problems that need to be solved. “We want to cure diseases, improve the quality of our environment, produce food for the whole world and be able to live decently. Engineering and technology play a crucial role in this.”

In order to come up with good solutions, a problem first needs to be thoroughly analyzed. Coolen: “It starts with an analysis of the context. You can look back on that over a longer or shorter period of time. For some problems, you have to go further back in time than for others. But the analysis is always related to how you dealt with something as a society. The user, the environment and the technology form a trinity.”

Consequently, knowledge of history cannot be left out of this process. “We have to keep learning in order to be able to give direction to the future. And if you want to learn, you have to take a look at history. Many solutions come from improving and following up on something that was decided on in the past.”